ACTION ALERT: No on the Equality Act! Make Your Opposition Heard!

No on the Equality Act!

U.S. Congress will soon vote on Speaker Nancy Pelosi’s so-called “Equality Act.” Rather than solve a problem, H.R. 5 will open up Pandora’s Box in our country. 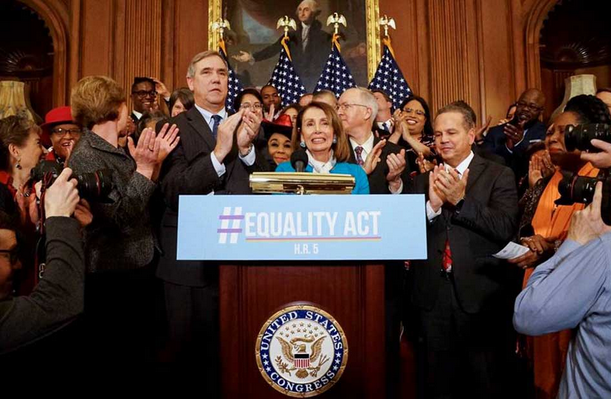 The Equality Act adds “sexual orientation” and “gender identity” to the list of protected classes under the 1964 Civil Rights Act.

Attacks the fundamental freedoms of speech and religion

Threatens privacy, safety, and opportunities for women and girls

We need your help! Contact your Representative in Congress today to voice your opposition to the Equality Act, H.R. 5.