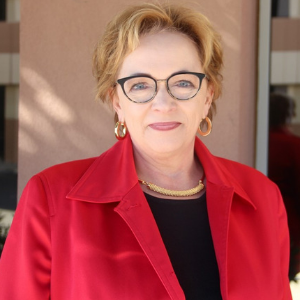 Cathi Herrod is president of Center for Arizona Policy (CAP), a nonprofit advocacy organization committed to promoting and defending the foundational principles of life, marriage and family, and religious freedom. A total of one hundred seventy four (174) CAP-supported bills have been passed into law since CAP made its first appearance at the state Capitol in 1995.

As a mother, lawyer, and family advocate, Cathi knows that what happens at the state Capitol directly impacts our daily lives.

Cathi is an award-winning public policy leader. Arizona newspapers have recognized her as one of the ten most influential leaders and as one of the key people “with the juice” at the Arizona Capitol.

She is the recipient of the Family Champion Award from Focus on the Family, the William Wilberforce Award from Students for Life of America, and the Deborah Award from Family Life Radio. Alliance Defending Freedom recognized Cathi and CAP with the Alliance Award in 2014.

At the state Capitol, Cathi has led the effort to pass significant pro-life legislation, including the Abortion Consent Act, Abortion Clinic Regulations, and the Mother’s Health and Safety Act.

Cathi joined Center for Arizona Policy as Legislative Counsel in 1997. Now in her sixteenth year as President, Cathi has set an ambitious 3-year strategic plan for the organization with a vision that sees:

Cathi earned her Bachelor of Arts degree with honors and Juris Doctor from the University of Texas at Austin. Cathi and her husband, Mike, reside in Phoenix and have two adult children.