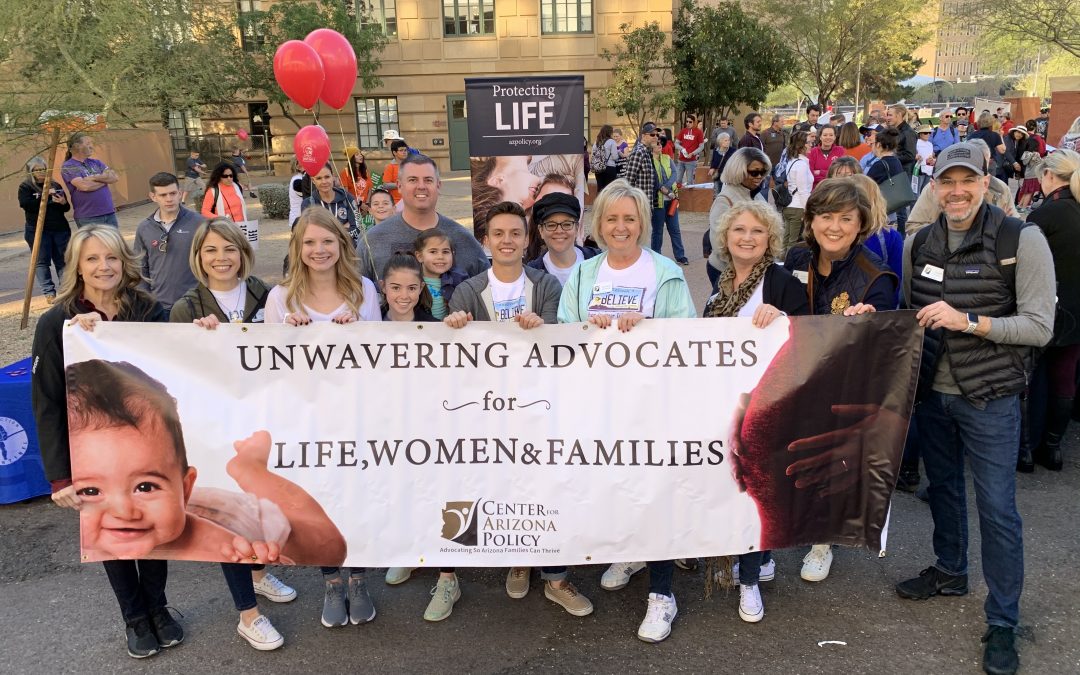 “Today I ask every citizen of this great nation to listen to the sound of silence caused by a generation lost to us, and then to raise their voices for all affected by abortion, both seen and unseen.”

Today President Trump will be the first sitting U.S. President to ever address the annual March for Life. This year’s theme emphasizes that pro-life is pro-woman.

I’ll be there marching with hundreds of thousands from across our nation. We’ll be marching with renewed hope that one day we will see an end to legalized abortion in our lifetimes, at any stage of pregnancy, for any reason.

The latest statistical report from the Arizona Department of Health Services reveals this about Arizona:

The overall ratio of abortions increased slightly from 151 abortions per 1,000 live births in 2017, to 153 in 2018. But the ratio continues in a long-term downward trend.

While Arizona still has way too many abortions, at least the numbers aren’t rising in light of our tremendous population growth.

HB 2388, The family health pilot program is designed to reach pregnant women that are often unaware of the services available to them or do not know how to access the services. For these women, providing a supportive voice paired with meaningful assistance is enough to give them the confidence to choose to continue their pregnancy.  Read more here.

Meanwhile, Planned Parenthood announced a $45 million campaign to flip our state legislature along with a few other states. The abortion giant’s spokesperson cited the fear of losing abortion as the main reason for the costly campaign.  Here is one news report.