Life, Liberty, and the Power of the Courts 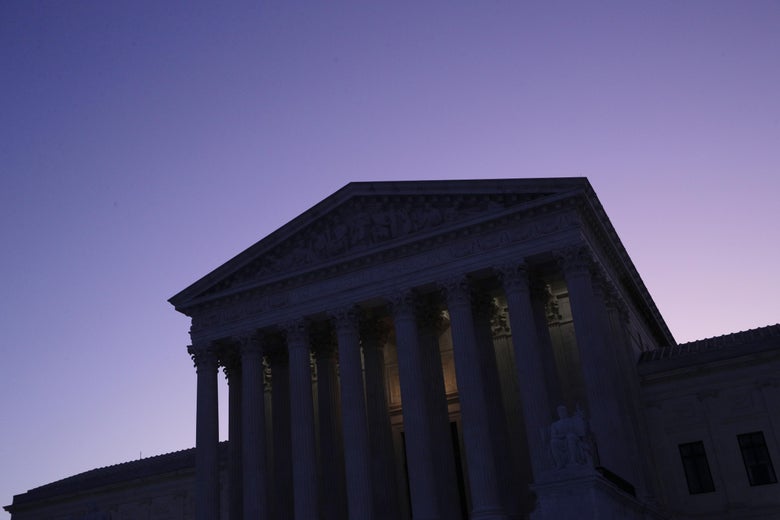 The U.S. Supreme Court and the Arizona Supreme Court will be deciding some of the most significant cases on life and liberty over the next year. These potentially precedent setting cases demand our attention.

The Fate of Frozen Embryos

Attorneys for Ruby Torres will argue her case before the Arizona Supreme Court next Tuesday morning. They are fighting for the custody and future of Ruby’s embryos, frozen since her cancer diagnosis in 2014. Ruby and her boyfriend at the time had the embryos frozen before Ruby underwent chemotherapy treatments that could have rendered her infertile. Ruby beat cancer, though her marriage didn’t survive, leaving the precious embryos in limbo.

As Ruby’s case made its way through the court system, Center for Arizona Policy worked with Rep. Nancy Barto to draft legislation ensuring future custody disputes would be resolved in favor of the parent most likely to bring the embryos to birth.

The ruling in Ruby’s case could set a life affirming precedent and allow Ruby to bring her embryos to birth, or it could allow the embryos at the very beginning of life to languish in a frozen state forever.

A recent news report spells out the case in more detail.

At issue is whether the 1964 Civil Rights Act prohibiting discrimination based on sex includes sexual orientation and gender choice.

Justices appeared divided during the two-hour hearing, with Justice Ruth Bader Ginsburg pointing out that when members of Congress passed the 1964 law, they couldn’t have intended discrimination “because of sex” included sexual orientation, because homosexuality was considered a mental disorder then and many states had criminalized some homosexual acts.

Justices Samuel Alito and John Roberts expressed valid concerns about the judiciary encroaching on the legislative branch. Chief Justice Roberts pointed out many states passed their own non-discrimination laws that included robust protections for religious liberty.

Alito hammered home the apparent effort by the LGBT activists to force the Supreme Court to do what Congress has not done. He sarcastically suggesting the Court should then just (pass) the Equality Act as well. The Equality Act is currently being debated among legislators and Americans. Alito’s point emphasizes the necessary judicial restraint to allow issues to work their way through the congressional process.

The Supreme Court moved too soon on a number of major social issues, initiating law instead of reviewing law. Examples include abortion and same-sex marriage.

Justice Gorsuch indicated some agreement with the argument for sexual orientation to be included in the definition of the word “sex,” but expressed concern for the potential “massive social upheaval” such a redefinition would bring.

Even that is putting it lightly. Including sexual orientation and gender choice in nondiscrimination laws based on sex would pose a significant threat to those unwilling to go along with the ever-evolving government-sanctioned understanding of human sexuality. Religious liberty, women and children’s privacy, women’s sports, and more would all be at risk.

Others on the Court seemed clearly on the side of the LGBT agenda, regardless of the consequences or the line between the two branches of government.

Safety Not a Priority

One would expect an organization that champions women would put their safety first. But the abortion industry is fighting safety regulations all the way to the U.S. Supreme Court. The Court agreed to take the case of June Medical Serv. V. Gee, Sec., LA Dep’t of Health, reviewing Louisiana’s law requiring abortion doctors to maintain admitting privileges at a local hospital.

Revelations from previous court proceedings in this case leading to the Supreme Court unveil just how little the abortion industry cares about the safety of women. According to the The Federalist‘s review, court documents show “horrifying” safety violations by the Louisiana abortion clinic. They include the fact that the clinic was “Cited for improper administration of intravenous medications and gas, failure to document patients’ physical examinations, administration of anesthesia by employees who were not qualified, inaccurate reporting of abortion procedures to the State, and miscalculation of medication dosages, among other violations.” The clinic’s license had also been revoked in the past for not complying with safety regulations. This is not a fluke. We have seen a pattern of safety violations by abortion clinics throughout the country. Read about Arizona’s latest example here.

The Court’s ruling in the Louisiana case could impact Arizona, which has a similar law requiring abortionists to have admitting privileges at a nearby hospital in case complications put a woman’s life in danger.

ICYMI and Noteworthy News and Articles