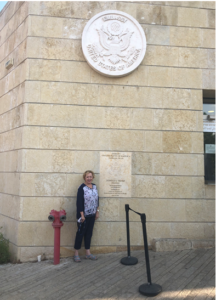 It’s impossible for me to adequately recap the trip for you; however, I hope you’ll find some of my observations informative and interesting.

And, yes, I did float in the Dead Sea!