Rights of Conscience for Professionals 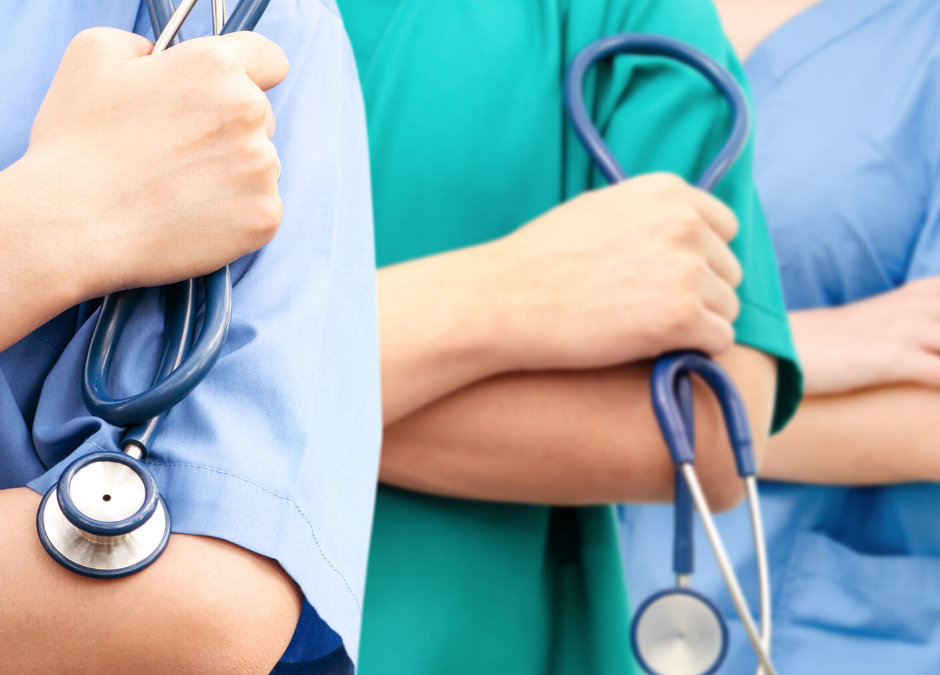 Rights of Conscience for Professionals

Every American citizen should be free to peacefully live and work according to the dictates of his or her conscience without the fear of unjust government punishment. This freedom equally applies to professionals. Licensed professionals, like teachers, doctors, and lawyers should not be denied a professional license or be penalized in their profession because of their religious convictions.

The U.S. Constitution, the Arizona Constitution, and several Arizona laws provide important protections for professionals to live out their faith in the public square.

Constitutional and statutory protections enable all Arizonans, including professionals, to live out their religious faith in the public square. Under the First Amendment, “Congress shall make no law respecting an establishment of religion, or prohibiting the free exercise thereof; or abridging the freedom of speech.” Similarly, Article 20, Section 1 of the Arizona Constitution states, “Perfect toleration of religious sentiment shall be secured to every inhabitant of this state, and no inhabitant of this state shall ever be molested in person or property on account of his or her mode of religious worship, or lack of the same.” These constitutional provisions protect the right not only to believe and worship as one chooses, but to live consistent with one’s religious beliefs.

Arizona’s Religious Freedom Restoration Act provides even broader protections. The act recognizes that the “[f]ree exercise of religion is a fundamental right.” Therefore, the government may not burden (anything beyond ‘trivial, technical  or de minimis infractions’) a person’s or a religious organization’s exercise of religion unless the law furthers a compelling governmental interest and it is the least restrictive means of furthering that interest (A.R.S. §§ 41-1493, –1493.01).

In 2018, the U.S. Supreme Court handed down three significant decisions that further protect professional speech under the First Amendment. In National Institute of Family Life (NIFLA) v. Becerra, 138 S. Ct. 2361 (2018), the court rejected the idea that state-licensed professionals receive less First Amendment protection: “This Court has not recognized ‘professional speech’ as a separate category of speech. Speech is not unprotected merely because it is uttered by ‘professionals.’” 138 S. Ct. 2371-72. The Court goes on, “regulating the content of professionals’ speech ‘poses the inherent risk that the Government seeks not to advance a legitimate regulatory goal, but to suppress unpopular ideas or information.’” Id. at 2374. The Court concludes, “‘the best test of truth is the power of the thought to get itself accepted in the competition of the market,’ and the people lose when the government is the one deciding which ideas should prevail.” Id. at 2374-2375. Based upon this reasoning, the Court ruled it was unconstitutional for California to compel pro-life pregnancy centers to promote abortion in its facilities.

In Janus v. American Federation of State, County, and Municipal Council 31, 138 S. Ct. 2448 (2018), the Court held Illinois could not require public employees to pay an “agency fee” to a designated union (used in part for lobbying, advertising, conventions, etc.) because the government cannot “compel[] individuals to mouth support for views they find objectionable.” 138 S. Ct. at 2463. The Court made clear that when the government “prevents individuals from saying what they think on important matters or compels them to voice ideas with which they disagree, it undermines” the right to free speech. Id.

In Masterpiece Cakeshop v. Colorado Civil Rights Commission, 138 S. Ct. 1719 (2018), the Court ruled the Colorado Civil Rights Commission violated Jack Phillips’s religious freedom because it showed “clear and impermissible hostility toward [his] sincere religious beliefs” regarding marriage and it unequally applied Colorado’s nondiscrimination law against him. id. at 1729. In so holding, the Court established: 1) when laws and policies treat people unequally because of their religious convictions it is evidence of unconstitutional religious hostility, and 2) speech regarding marriage, sexuality, and gender are protected under the First Amendment. 138 S. Ct. at 1727.

In 2012, Center for Arizona Policy (CAP) worked with the Arizona Legislature to pass a law to protect the rights of conscience for Arizona professionals regulated by the state, including for example doctors, nurses, pharmacists, social workers, lawyers, counselors, psychologists, architects, funeral directors, and a variety of other healthcare professionals. Under A.R.S. 41-1493.04, the government cannot “deny, revoke or suspend a person’s professional or occupational license, certificate or registration” for any of the following reasons:

In addition to the protections discussed above, public educators have additional statutory protections that ensure they are not penalized for their religious beliefs or affiliations. K-12 certified teachers may not be dismissed or suspended because of their “religious or political beliefs or affiliations unless they are in violation of the oath of the teacher” (A.R.S. §15-541).

Abortion and Abortifacients (A.R.S. § 36-2154): Hospitals, clinics, and healthcare workers can refuse to facilitate or participate in a medical or surgical abortion if they state in writing their objection to the abortion on “moral or religious grounds.” In addition, pharmacies, hospitals, and healthcare professionals and their employees “who state[] in writing an objection to abortion, abortion medication, emergency contraception or any medication or device intended to inhibit or prevent implantation of a fertilized ovum on moral or religious grounds,” can refuse to facilitate or participate in the provision of such. Nor does the law compel them to facilitate the abortion through a referral; rather, they simply have to return the written prescription to the patient.

End-of-life Issues (A.R.S. §§36-1321, -1322, -1323): The law prohibits work-related discrimination against healthcare institutions and professionals that exercise their conscience rights by declining to “provide, assist in providing or facilitate in providing any health care item or service for the purpose of causing or assisting in causing the death of any individual, such as by assisted suicide, euthanasia or mercy killing.” For example, a doctor or nurse may not be fired, transferred, demoted, or otherwise penalized for declining to participate in treatment that is meant to cause or facilitate in causing the patient’s death. And, if healthcare providers are penalized for exercising their conscience, they have a civil cause of action for violation of the statute.

The growing discrimination against professionals because of their religious views requires action to proactively preserve their rights of conscience. State law must ensure no individuals in Arizona will be forced to choose between their career and their sincerely held religious beliefs.