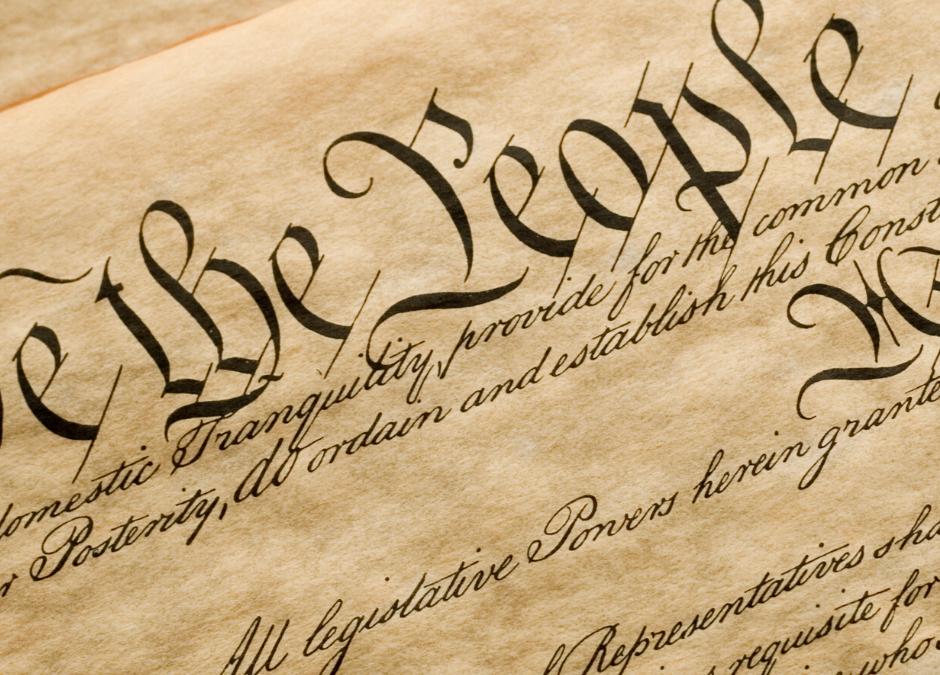 The Equal Rights Amendment (ERA) is an amendment to the United States Constitution proposed in the 1970’s. The amendment reads:

Section 1: Equality of rights under the law shall not be denied or abridged by the United States or by any state on account of sex.

Section 2: The Congress shall have the power to enforce, by appropriate legislation, the provisions of this article.

Section 3: This amendment shall take effect two years after the date of ratification.

Proponents of the ERA argue this constitutional amendment is necessary to ensure equal rights and equal pay for women. Although these goals are laudable, the ERA is unnecessary because the Fifth and Fourteenth Amendments already guarantee equal protection under the law, and countless federal, state, and local laws already prohibit sex discrimination and unequal pay.

Congress passed the Equal Rights Amendment in 1972 and was ratified by 35 states, three states short of the 38 states required for ratification. The initial deadline for ratification was 1979, but Congress extended the deadline to 1982, though it remained unratified.[1]

Now, long after the deadlines have passed, a new movement is pushing for ratification, claiming that there is legal precedent to ratify the amendment beyond the deadline.[3] With this new push, Nevada (2017) and Illinois (2018) became the 36th and 37th states to ratify the ERA.[4]

The ERA is Unnecessary

Contrary to what proponents argue, the ERA is unnecessary. First, the U.S. Supreme Court has consistently ruled that both the Equal Protection Clause of the Fourteenth Amendment and the Due Process Clause of the Fifth Amendment guarantee women equal protection under the law.[5]

The Court made this abundantly clear in United States v. Virginia (1996):

“Since Reed [1971], the Court has repeatedly recognized that neither federal nor state government acts compatibly with the equal protection principle when a law or official policy denies to women, simply because they are women, full citizenship stature — equal opportunity to aspire, achieve, participate in and contribute to society based on their individual talents and capacities.”[6]

As the American Civil Liberties Union (ACLU) notes, in Reed “[t]he Supreme Court set a precedent upon which many significant later cases would rest when it ruled that sex-based classifications violated the Equal Protection Clause of the Fourteenth Amendment.”[7] That is why the ACLU’s Women’s Rights Director, Lenora Lapidus, could write, since Reed  “it has been clearly understood that the 14th Amendment prohibits discrimination based on sex. In decision after decision, many authored by conservative Supreme Court justices, this principle has been reaffirmed.”[8] (emphasis added).

The ERA is about Abortion

More significantly, courts have already ruled that restrictions on abortion violate the ERA language. For instance, state courts in Connecticut and New Mexico have struck down prohibitions on taxpayer-funded abortions as violations of their state ERAs.[13]

Planned Parenthood is using this same argumentation in a lawsuit it filed in early 2019 challenging Pennsylvania’s ban on abortion coverage in its Medicaid program.[14] In its brief, Planned Parenthood argues Pennsylvania’s ERA requires taxpayer funding of abortion because men receive comprehensive coverage without restriction, but the coverage ban “improperly discriminates against women based on their sex without sufficient justification” in violation of the state’s ERA.[15] Although proponents might contend the ERA is not about abortion, their own statements and legal arguments prove otherwise.

The ERA is Legally Dead

The self-imposed Congressional ERA ratification deadlines of 1979 and 1982 have long passed. Therefore, any attempt to ratify the ERA is a futile exercise. Congress put a deadline on the ratification for a reason and it cannot be simply set aside. The thirty-five states that initially ratified the amendment did so with the deadline in mind. In addition, when the deadline passed in 1982, the U.S. Supreme Court dismissed all cases related to the ERA because it held the cases to be moot, suggesting the controversy was over.[16]

Known as the “three-state strategy,” proponents contend the ERA can still go into effect because “(1) Congress has the constitutional authority to propose, alter, or terminate any limits on the ratification of amendments pending before the states; (2) all existing ratifications remain in effect and viable; (3) rescissions of ratification passed by some states are invalid.”[17] However, as should be obvious, these three propositions are legally suspect and would be challenged in court.[18]

On January 2020, the United States Attorney General’s Office of Legal Counsel (OLC) issued an opinion concluding the deadline for ERA ratification has expired and the amendment is no longer pending before the States. That opinion will prevent the National Archives from certifying the amendment and adding it to the U.S. Constitution. Hence, the amendment can no longer be ratified.

In any case, if Arizona ratifies the ERA and becomes the 38th and last state needed to ratify, it would likely embroil Arizona in lengthy and expensive court cases.

The Arizona Legislature should not ratify the Equal Rights Amendment. The Fifth and Fourteenth Amendments already guarantee equal protection under the law, and countless federal, state, and local laws already prohibit sex discrimination, including pay discrimination. Moreover, the ERA would advance a pro-abortion agenda, and would likely embroil Arizona in lengthy and expensive court cases.

[9]A.R.S. §23-341(A) reads, “[N]o employer shall pay any person in his employ at wage rates less than the rates paid to employees of the opposite sex in the same establishment for the same quantity and quality of the same classification of work.”

[12]Bonnie Grabenhofer, Is the Equal Rights Amendment Relevant in the 21st Century?, National Organization for Women. Available at https://web.archive.org/web/20190903224944/https:/now.org/resource/is-the-equal-rights-amendment-relevant-in-the-21st-century/.

[18]For an in-depth discussion of the legal issues involved with the ratification of the ERA, see id. at 18-31.