Victory for Arizona Girls and Women! 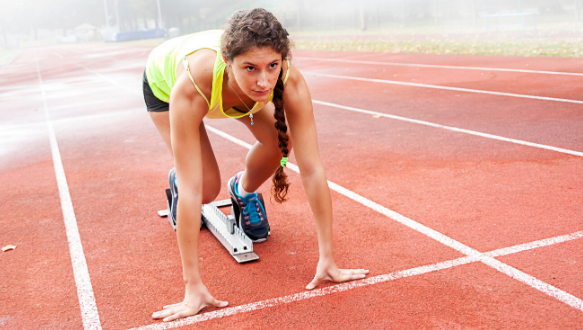 Girls and women in Arizona scored a big victory Tuesday evening in the AZ House, but only by a slim margin. Many house members voted against preserving a level playing field for female athletes, and fought hard to try to kill the bill.

By a vote of 31 -29 HB2706 passed the full Arizona House, sending the equal opportunity bill to the Arizona Senate.

The U.S. Congress passed Title IX nearly 50-years ago to ensure female athletes received equal opportunity in sports and education. Since then, girls and women have displayed their skill and followed their dreams all the way to the Olympics.

HB2706 only recently became necessary to preserve Title IX protections, as a growing trend of biological males identifying as females have handily beaten girls and women on the track, in the field, and in the ring.

The fact that male athletes have a physical advantage over females is undeniable. It’s evident in the case of three female, high school track athletes in Connecticut who went from breaking records, to knowing they will never win another race when two biological boys identifying as girls take a lane. Girls deserve a fair shot at their sport.

The bill’s sponsor, Rep. Nancy Barto summed it up, “This bill is not anti-anything, it is pro-women and pro-girl.”

Rep. Warren Petersen read testimony from a biological male identifying as a female who agrees and fully supports the bill. The letter read in part, “Our gender identities are not under attack, because the distinction in athletics is not based on one’s gender identity, but sex, and those are very important distinctions…gender identity is …unquantifiable. However, sex is quantifiable – and in the subject of sports, is especially relevant.”

Female athletes throughout the state can breathe a sigh of relief today because of the courage of 31 state representatives who voted for women and girls in the face of an unrelenting false narrative.

Arizona senators who support girls and women can boldly support HB2706, which contrary to claims, does not prohibit any student from playing sports. It simply determines on which team a student will play.

Obviously, this is an all out battle to get this bill through the senate and to the governor’s desk. Your stand with us through prayer, responding to our action alerts, sharing about HB 2706 on your social media, and yes, through your generous financial support, will greatly help get this important legislation across the finish line!