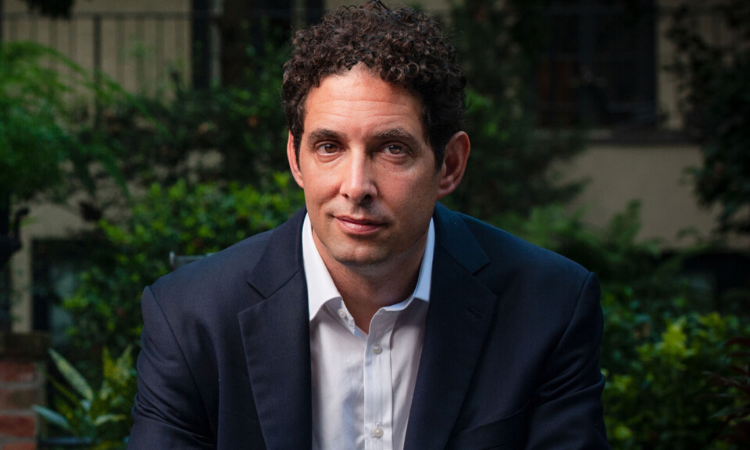 All it took to start peeling back the cover on marijuana’s dark side was a curious, open mind. Alex Berenson’s wife is a forensic psychiatrist who often spoke of the link between marijuana use, mental illness, and violent behavior she saw in her line of work. Berenson, a former New York Times reporter and novelist, decided to put on his investigative journalism hat and get the facts. Shocked at what he discovered, Berenson now travels the country sharing a dark truth many do not want revealed.

This week Berenson brought his message to Scottsdale, revealing insights from his latest book, “Tell Your Children the Truth: About Marijuana, Mental Illness, and Violence .”

In the summer of 2017, Joseph Hudek IV ate a few marijuana-laced gummies to put him to sleep for a long flight home. Within an hour, Hudek was screaming to get off the plane, lunging for the cabin door while in flight. He fought off flight attendants and managed to get the door handle open half way before one of the attendants broke a wine bottle over his head to stop him. Hudek had no criminal or mental illness history, and later acknowledge the affects of THC in his system (pg. 192).

Berenson tells real-life story after story in his book, but many don’t want to hear them or the statistics that back them up. “There is a cult around this drug like nothing I’ve ever seen as a journalist,” says Berenson. He spoke of an ideologically driven attempt to cover up the connection between high potency marijuana and psychosis.

A sampling of the evidence he unearthed and spoke about at the Scottsdale breakfast sponsored by Not My Kid:

To learn more about the link between marijuana, mental illness, and violence, listen to CAP’s podcast with Alex Berenson .

What We’ve Learned From Other States

There’s Nothing Smart or Safe About Recreational Marijuana

Marijuana industry insiders are, again, trying to convince Arizona voters to legalize recreational marijuana. The effort includes a deceitful ballot measure ironically titled, “Smart and Safe Arizona Act.” In addition to the negative consequences of marijuana use today, there are serious problems with the measure itself.