What Happened in Brush & Nib?

“Freedom of speech and religion requires tolerance of different beliefs and points of view. In a diverse, pluralistic society such as ours, tolerance of another’s beliefs and point of view is indispensable to the survival and growth of our democracy. For this reason, we have always recoiled at those governments and societies that repress or compel ideas or religious beliefs.”

On Monday, the Arizona Supreme Court delivered a major victory for free speech and religious freedom in Arizona with its 4-3 decision in Brush & Nib Studio v. City of Phoenix.

Who does This Ruling protect?

“But the guarantees of free speech and freedom of religion are not only for those who are deemed sufficiently enlightened, advanced, or progressive. They are for everyone. After all, while our own ideas may be popular today, they may not be tomorrow.”

Contrary to what some are claiming, this ruling provides free speech and religious freedom protections beyond just Joanna and Breanna:

The bottom line is that the Arizona Supreme Court affirmed the foundational principles of free speech and religious freedom expressed in Arizona’s Constitution and Free Exercise of Religion Act.

The opening line of the Court’s opinion makes this abundantly clear:

“The rights of free speech and free exercise, so precious to this nation since its founding, are not limited to soft murmurings behind the doors of a person’s home or church, or private conversations with like–minded friends and family. These guarantees protect the right of every American to express their beliefs in public. This includes the right to create and sell words, paintings, and art that express a person’s sincere religious beliefs.”

We rejoice in the great work of Alliance Defending Freedom in defending the rights of Joanna and Breanna, and the rights of all Arizonans to peacefully live and work according to their sincerely held beliefs without fear of unjust punishment.

To view the press conference with Alliance Defending Freedom and Center for Arizona Policy, click on the image below 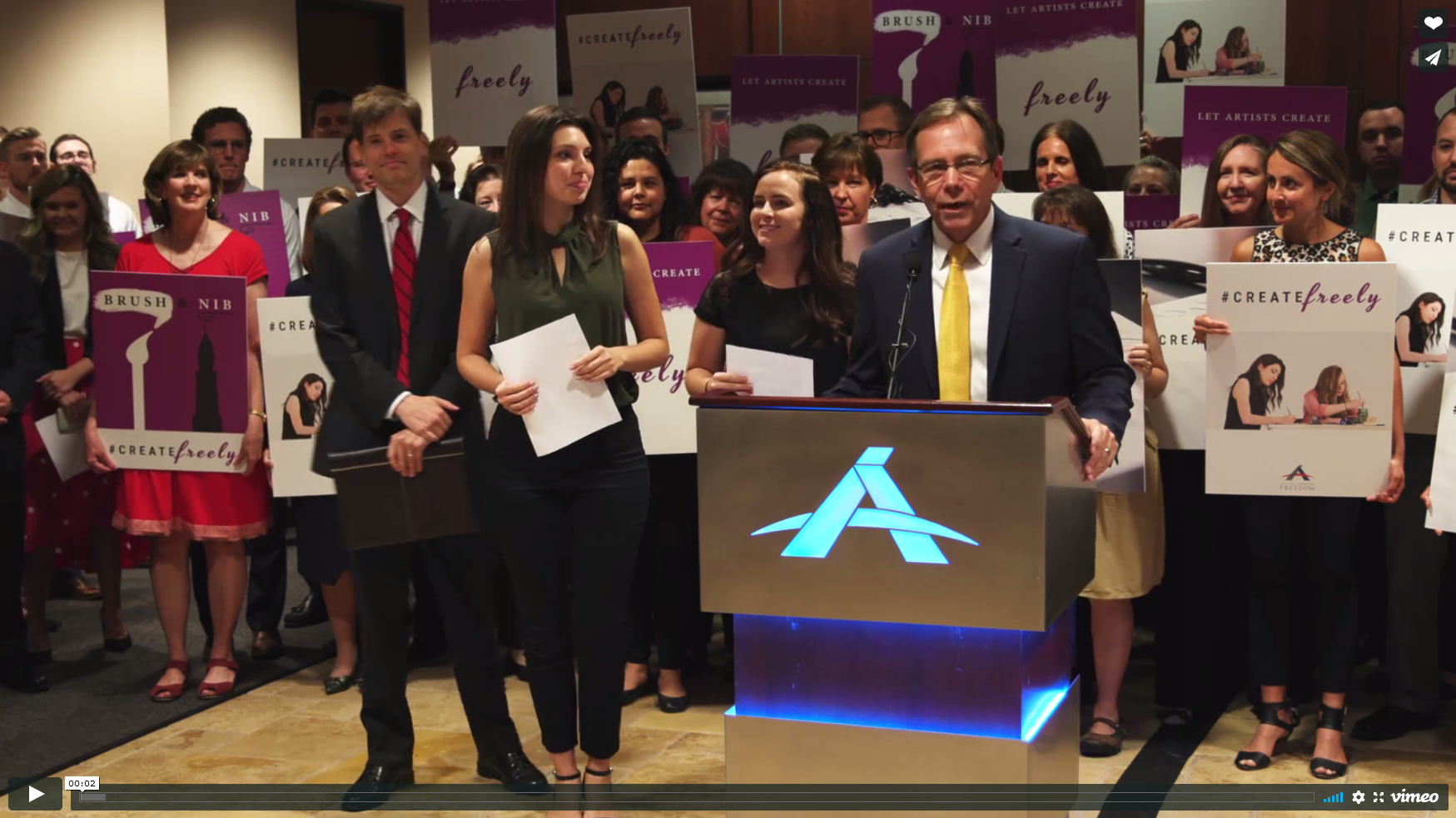