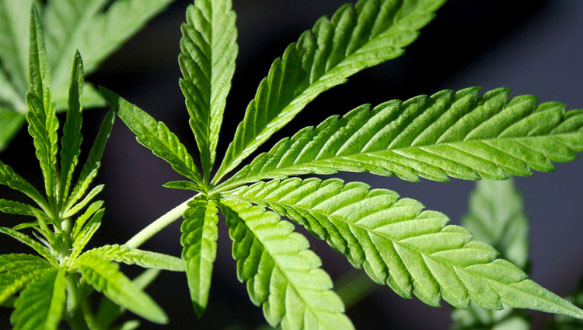 The big marijuana industry thinks a new name and a polished approach will fool Arizona voters into legalizing marijuana for recreational use — a drug increasingly linked to psychosis. But their new campaign pushes the same deceptive and dangerous policy that Arizona voters rejected in 2016.

Despite their talking points, nothing in this initiative fixes the risks to Arizona families. It still puts us in danger on the roads, it still makes marijuana more accessible to teens, and they are still marketing this now very potent drug to children in the form of candy and snacks.  We know this because it’s what continues to happen in other states in spite of regulation.

In addition, this rebranded attempt to deceive Arizona voters comes at a time when there is a growing acknowledgement of marijuana’s link to psychosis, including schizophrenia. We have the exceptionally potent marijuana of today and the increase in use due to legalization to thank for that. Those who stand to make a fortune selling Arizonans a tale of so-called ‘safe’ marijuana have to downplay some clear risks to families in order to pull off their new image. But don’t be fooled, there is no safe way to legalize recreational marijuana.

Just as big tobacco companies ignored the dangers of smoking cigarettes, and promised it was only for adults — so the big marijuana industry ignores the increased danger on the roads, the higher rates of underage use, and the exceptionally potent marijuana in the form of gummies and other candy. They want us to believe it’s only for adults, while still marketing it to kids.

One of the biggest problems experienced in other states is the lack of reliable roadside testing to deter stoned drivers. This initiative does not fix that. Other states monitor THC in drivers, but none successfully. In Colorado, marijuana related traffic deaths have skyrocketed 151% after legalization. In Washington State, the increase is 122% — all in spite of laws against driving stoned. Based on the evidence, it’s clear: If Arizona legalizes recreational marijuana, we can expect more family members will die on the roads because of it.

I’m not advocating people be sent to jail for carrying a joint, but many Arizonans can’t imagine why their sons, daughters or spouses should be forced to share the road with potentially stoned drivers, or work along side a stoned co-worker, or risk their children eating highly potent marijuana candy and ending up in the hospital. This is not the pot of the 70s, it’s 10 to 50 times more potent, depending on the form.

The facts are in:

According to Rocky Mountain High Intensity Drug Trafficking Area, since recreational marijuana was legalized in Colorado:

Make no mistake this fight will be costly in terms of time, talent, and treasure. We need you to stand with us as we stem the tide of this latest attack on Arizona families. Without significant resources, recreational marijuana will become a reality in Arizona next year.

Make an immediate impact right now with your contribution!