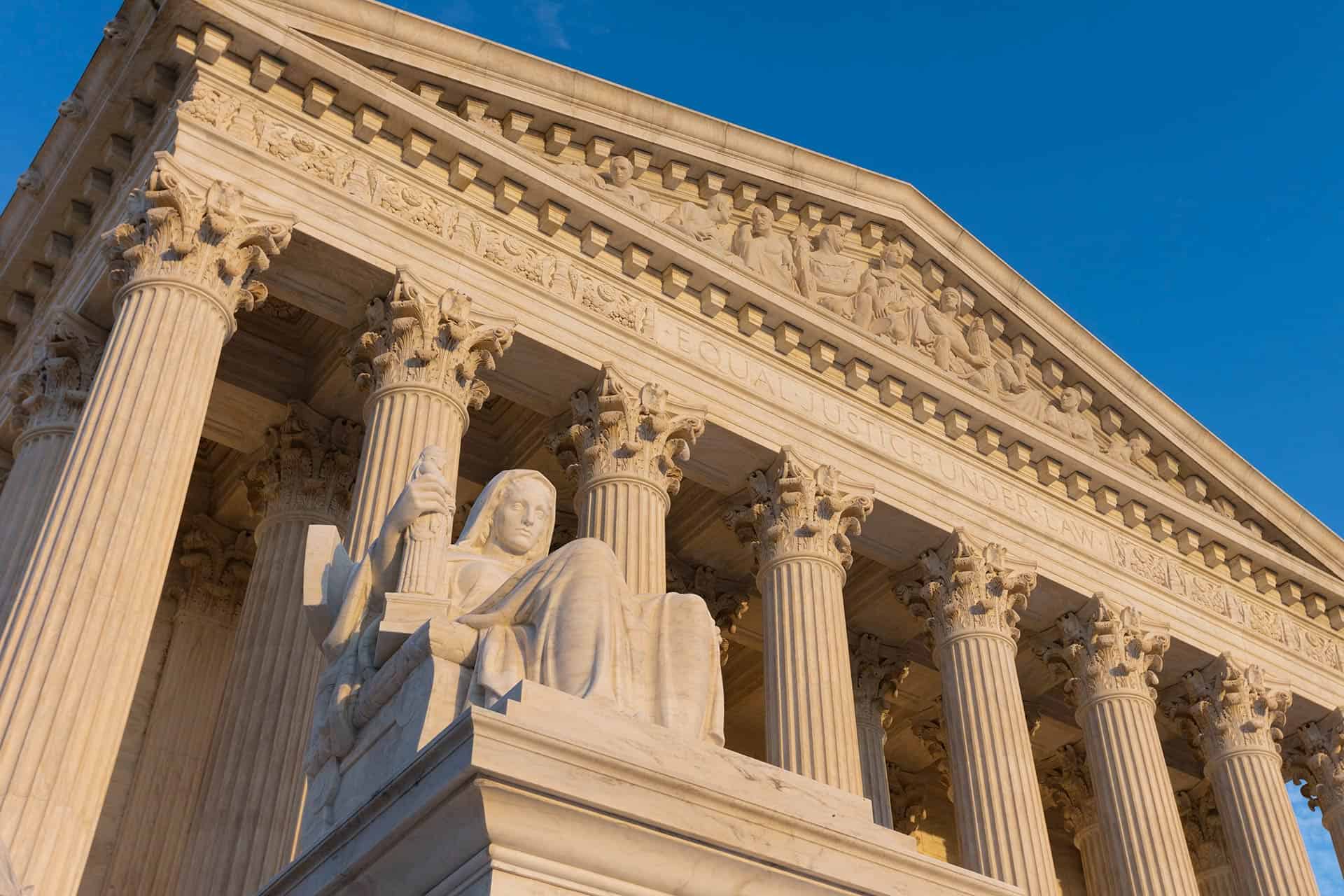 On Monday, The US Supreme Court announced it will take up three cases to determine whether a federal law that prohibits employment sex discrimination includes the concepts of “sexual orientation” and “gender identity.”

Title VII of the Civil Rights Act of 1964 prohibits employers from discriminating against employees because of their “race, color, religion, sex, or national origin.” The central issue before the Court is how to interpret the word “sex” in the statute. The three cases the Supreme Court announced it will hear reveal disagreement among lower courts on this issue:

In this case, Gerald Bostock alleges the county fired him as the child welfare services coordinator after it learned that he was gay, that he played on a gay recreational softball league, and that he recruited league members as guardians ad litem for children in the courts.

The federal district court and the Eleventh U.S. Circuit Court of Appeals dismissed his case, ruling Title VII of the Civil Rights Act of 1964 did not prohibit discrimination based on sexual orientation.

In this second case, Donald Zarda—a skydiving instructor— alleges he was fired after he told a customer he was gay and had an ex-husband. Zarda claims he revealed his sexual orientation to a female customer to ease her concerns that he had inappropriately touched her in a flirtatious manner. Zarda sued his employer, arguing in part his employer fired him out of animus toward gay men.

Zarda lost at the federal district court level, but the Second U.S. Circuit Court of Appeals held that sexual orientation is motivated, at least in part, by sex and is thus a subset of “sex” discrimination prohibited under Title VII.

In this third case, Thomas Rost— a Christian funeral home owner and director— dismissed a longtime employee after the male employee disclosed that he now self-identified as a woman and would no longer comply with the company’s requirement that male employees wear suits. The employee filed a charge of discrimination with the Equal Employment Opportunity Commission (EEOC), alleging he was fired because of his “gender identity” in violation of Title VII.

The EEOC agreed with the employee and filed suit against Rost, but the federal district court ruled that “transgender status or gender identity” are not protected classes under Title VII. However, on appeal, the Sixth U.S. Circuit Court of Appeals ruled in favor of the EEOC, concluding that “sex” does include “gender identity.”

For more information on this case, read this article from our friends at Alliance Defending Freedom.

The Role of the Judiciary

If the role of the judiciary is to state what the law is, not what the law should be, then the Court should rule the word “sex” in Title VII does not include the concept of “sexual orientation” or “gender identity.”

Following the late Justice Scalia’s “fair reading” method, “sex” in Title VII cannot include “sexual orientation” or “gender identity” because a “reasonable reader” in 1964—when the law was passed— would not have understood “sex” to include these concepts. Similarly, using the “legislative intent” method of statutory interpretation leads to the same result, because no one could honestly say that legislators that passed the law in 1964 intended the word “sex” to include “sexual orientation” or “gender identity.”

Unelected bureaucrats and judges have once again erroneously taken it upon themselves to rewrite the law. Hopefully, the Supreme Court will correct their error. Otherwise, transgender ideology and the sexual revolution in general could all of a sudden permeate federal law, posing a significant threat to those unwilling to go along with the ever-evolving government-sanctioned understanding of human sexuality.