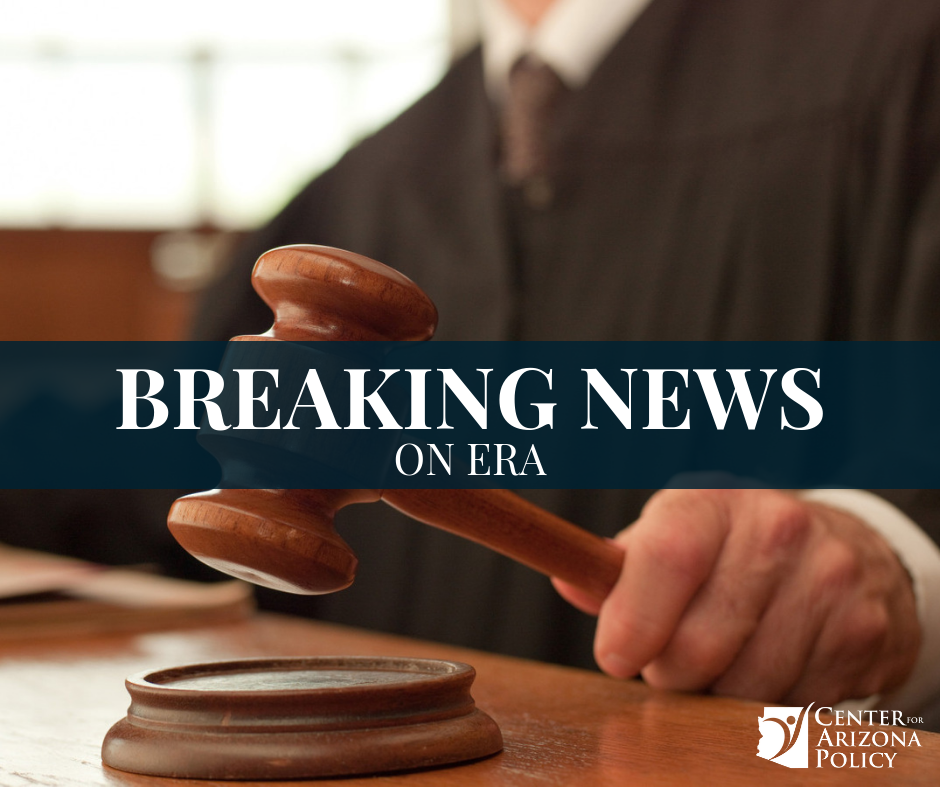 Once again, state legislators pushing for the Equal Rights Amendment (ERA) tried, but failed, to set aside House rules and bring the proposed ratification to the floor.

In a 31-29 party-line vote with Republicans voting against the procedural motion and Democrats voting for, the House failed to move forward on a vote on the ERA. Proponents trotted out the same old tired arguments about equal pay and equality, while denying the ERA really is about abortion.

On March 13, 2019, the same day the Arizona Senate declined to push forward on the ERA, the National Abortion Rights Action League Pro-Choice America sent out a fundraising email stating:“With its ratification, the ERA would reinforce the constitutional right to an abortion.”

The National Organization for Women (NOW) has stated “an ERA – properly interpreted – could negate the hundreds of laws that have been passed restricting access to abortion care. . .”

The close call shows what we are up against this legislative session and what we can expect next year, given the current composition of the state legislature.

The desperate move to slip abortion into the U.S. Constitution and the sudden embrace of radical abortion laws in New York, Virginia, and other states tells us something. They are clear indicators that abortion activists fear the tide is turning toward life.

To learn more about today’s actions, check out my tweets during the debate and our Fact Sheet on the reasons to oppose the ERA.

Won’t you please join us today and make a strong statement by Championing Freedom Together with the majority of Arizonans by making a generous gift in support of CAP’s efforts to fight these battles at every turn?