“Using cannabis or any drug is ultimately a personal choice. What to do about legalization is a political decision. But whether marijuana is dangerous to the brain and can ultimately cause violence is a scientific question, with a hard yes or no answer.

We have that answer. It’s time you heard it.”

-Alex Berenson in Tell Your Children the Truth About Marijuana, Mental Illness, and Violence 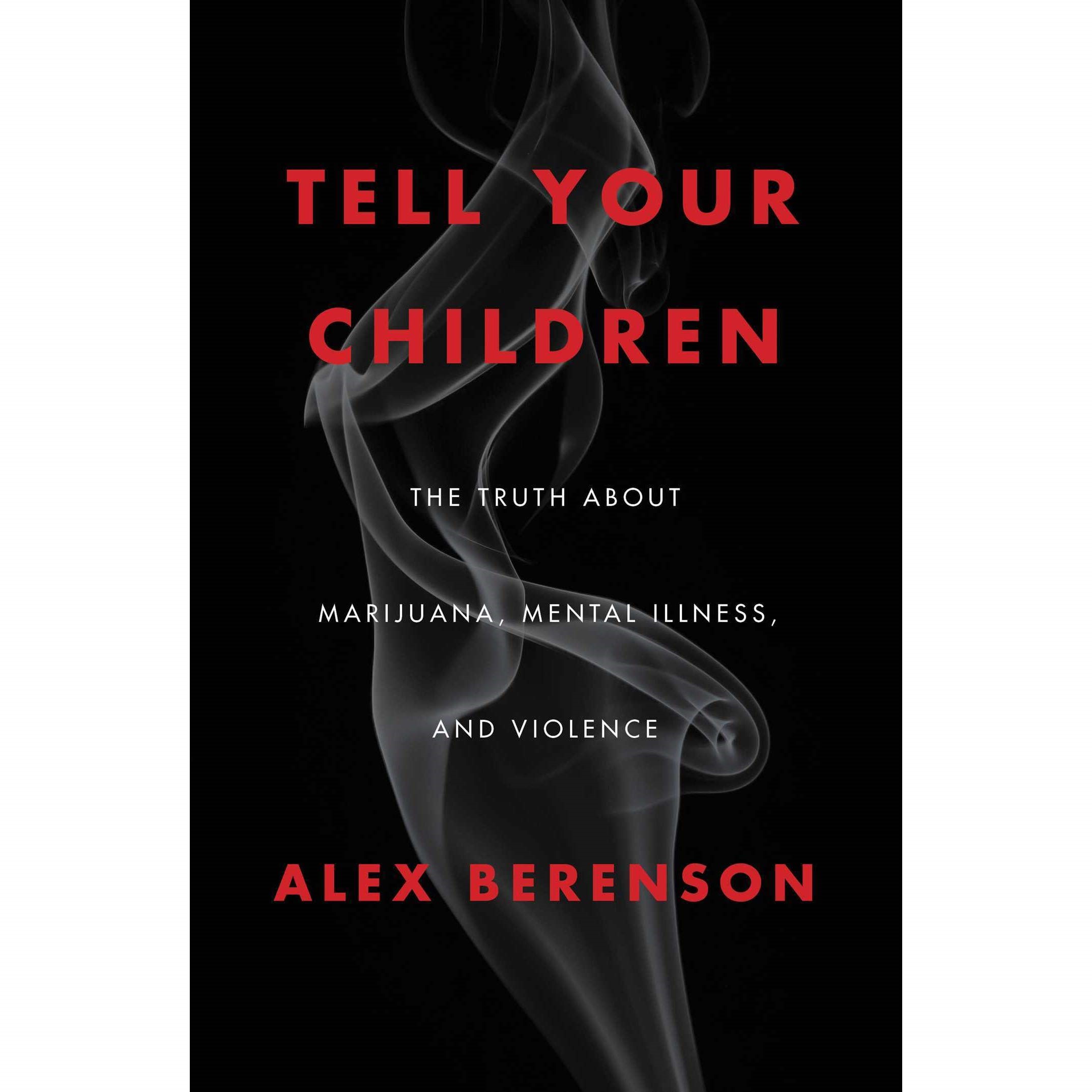 In his latest book, Alex Berenson— former New York Times reporter and award winning novelist—  makes a compelling case for the link between heavy marijuana use and mental illness, and the violence it produces.

To be sure, as Berenson notes “[m]ost people will never have a psychotic episode while using marijuana” (xxiv). However, the reality is that some users will have “temporary breaks with reality” and that an “unlucky minority of users will develop full-blown schizophrenia” (xxiv). Unfortunately, “doctors have no way of predicting who they will be” (xxiv).

In this fascinating book, Berenson traces the history of marijuana in the United States, discusses key studies that link marijuana, mental illness, and violence, and recounts news stories from around the world involving marijuana use and violent crimes. I highly recommend the book for anyone interested in the topic.

At the heart of the book, Berenson discusses study after study linking marijuana use with psychoses, especially schizophrenia (for examples, see here, here, and here). Then, in 2017, the National Academy of Medicine examined thirty years of research on the topic and declared the issue settled in a 468-page report titled “The Health Effects of Cannabis and Cannabinoids” (xxv, 127):

Berenson’s detractors might argue that these studies only demonstrate correlation, not causation. However, as John Stonestreet notes, Berenson has a good response:

“But as I heard Berenson say just last week in Denver, of course it’s correlation and not causation. The only way to prove causation would be to ask half a sample group to experiment with something that may harm them. That’s not ethically possible. By the way, all the studies that made us believe that cigarette smoking causes lung cancer were correlated studies too, but that was enough to convince us all.”

After demonstrating the link between marijuana and mental illness, Berenson then turns his attention to studies that associate marijuana use or abuse with an increase in aggression (167-170), and studies that link psychotic disorders and violence (172-178). For example, “Schizophrenia and Violence: Systematic Review and Analysis”— an article published in PLOS Medicine in 2009— examined twenty studies on people with schizophrenia and other forms of psychosis and found that “people with psychosis were 5 times as likely to commit violent crimes as those without it” and “the risk [was] tenfold when those people were also substance abusers” (172-73).

Based on these studies, Berenson concludes that:

American Society Unaware of the Science

In spite of what science has found, the entire marijuana industry still “trumpets marijuana’s benefits, promising a high with no low, a reward without risks” (xxxv). Unfortunately, the majority of the American public is unaware of the science and believes the industry’s messaging.

Last week, the Lancet published “The contribution of cannabis use to variation in the incidence of psychotic disorder across Europe (EU-GEI): a multicentre case-control study,” which once again confirmed the link between marijuana and mental illness. The study compared over 900 patients with first-episode psychosis across locations in Europe and Brazil with over 1200 people in the same locations who had not. The study concluded that “[d]aily cannabis use was associated with increased odds of psychotic disorder compared with never users . . . , increasing to nearly five-times increased odds for daily use of high-potency types of cannabis.”

These latest findings do not fare well for American society, where “heavy use has soared— almost tripling” in the past decade (xix), and the potency of today’s marijuana is much stronger than it has ever been. Through the 1970s, most marijuana consumed in the US had less than 2% THC—the chemical that causes the user to get high— but marijuana now sold at dispensaries often has 20% – 25% THC” (xix, 40-41).

Unless American society awakens to the facts about marijuana, marijuana-related mental illness and violence will only continue to rise throughout the country. Berenson concludes his book with a fitting challenge: “Open your eyes. See the truth. Tell your children.”