Hope. That’s the word that characterizes my week. 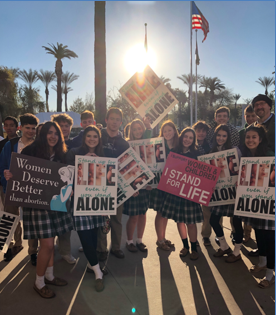 Wednesday morning, I witnessed hundreds of citizens taking the time, some taking the day off, to come to the State Capitol to speak up for babies. The babies that survive an abortion.

Starting at 7:45 a.m., hundreds waited in line to go through security into the House of Representatives: 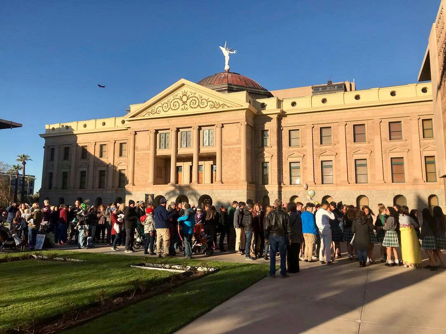 The hearing room was filled to capacity: 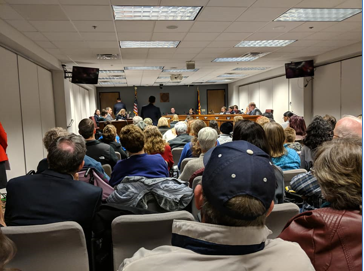 So was the overflow hearing room: 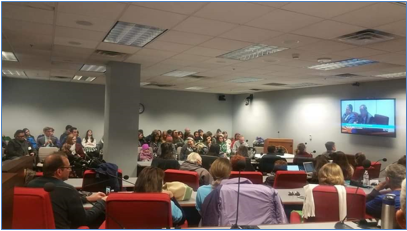 And so was the second overflow room, the gallery of the House: 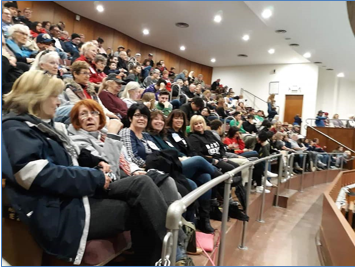 Those who favor abortion on demand for any reason at any stage of pregnancy got their hands caught in the proverbial cookie jar.

Seventeen legislators filed HB 2696 fetal resuscitation; repeal. That says it all. Once they sensed the outrage because the bill would leave these babies to die, they tried to run from the bill as fast as they could, saying it was a “drafting error” that made the bill as extreme as it was. Five legislators quickly withdrew their sponsorship.

They introduced an amendment; however, don’t lose sight of this fact: the pro-abortion crowd still wanted to repeal the 2017 “delivered alive law” that solved the problem made evident by two Arizona cases where babies survived an abortion and were left to die.

None of the proponents even had the courage to vote for HB 2696. The bill failed with eight no votes and 2 present.

Through social media, the word went out about the hearing. That’s how the hundreds showed up.

God willing, Wednesday woke up a lot of citizens. We learned just how much some lawmakers want Arizona to become the next New York or Virginia.

God willing, that won’t happen on our watch.