Now we know. President Trump has nominated Judge Brett Kavanaugh to fill Justice Kennedy’s seat on the U.S. Supreme Court. For those of us concerned about the lack of civility in public discourse, we’ve already seen unprecedented attacks on Judge Kavanaugh this week. The left quickly has mobilized to paint Judge Kavanaugh’s record in the worst possible light regardless of whether the facts support their narrative. The nomination battle ahead in the U.S. Senate promises to surpass the ugliness and brutal attacks experienced by Judge Robert Bork and Justice Clarence Thomas. 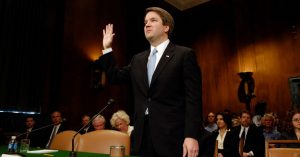 As I wrote in my Breaking News statement Monday evening, one cannot truly predict how an individual will rule once on the U.S. Supreme Court. One only can look at the judge’s record and try to discern a judicial philosophy. At this juncture, Judge Kavanaugh appears to be one who will look to the text of the Constitution to interpret the law. His record does not show him to be a judge who makes policy from the bench.

We likely will be hearing Judge Kavanaugh frequently say what he once wrote:

Here’s some of what we know about Judge Kavanaugh: 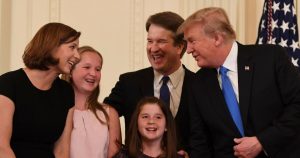 Judge Kavanaugh began meeting with senators this week. Former U.S. Senator Jon Kyl is his “sherpa” to accompany him on Senate visits and shepherd him through the nomination process. The Senate Judiciary Committee hearings likely will be held by late August with full Senate confirmation by late September. Judge Kavanaugh should be sworn in as Justice Kavanaugh in time for the new U.S. Supreme Court term beginning the first Monday in October.