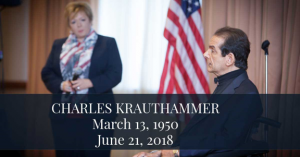 Incisive commentary. Calling it like he saw it. Love of country. Smart. Congenial. Funny.

That’s the Charles Krauthammer I knew from the two times he spoke at our CAP Family Dinner. Of all the speakers we’ve had over the last twenty-plus years, Dr. Krauthammer ranked in the top five or so in popularity and draw.

He’s one of only two speakers we have ever had twice. The other one was the late Tony Snow. The interest in hearing from him in person was that strong. Many of you wanted to make sure to see him in person because you followed his television appearances and his published columns.

True, Krauthammer did not hold our worldview or position on the public policy issues we hold dear. His language may have been a bit coarse at times – even before our socially conservative audience. His views were more nuanced on issues like abortion and marriage. But, he respected and valued our participation in public policy and our worldview.

In honor of his memory, here’s the speech he gave at our CAP Family Dinner in 2015. 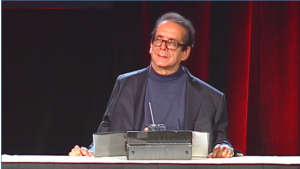