Note: This week’s edition of 5 Minutes for Families may require 10 minutes to read. However, the news out of California is something that Arizona families should be aware of, and we hope you will read, follow the links, and share it with your friends and family. 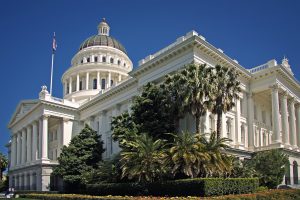 Although every American should be free to find services and resources from counselors, schools, and religious organizations to help achieve his or her desired therapeutic goals, this bill seeks to punish speech it does not favor.

Here are 5 key facts about the controversial bill:

1.     The bill targets speech that does not embrace the “sexual revolution.”

The bill prohibits “efforts to change behaviors or gender expressions” that would help a person live in accordance with his or her biological sex.

For example, let’s say a husband and father of three finds that he is struggling with gender identity confusion. Although his struggles are real, he also knows that rejecting his biological sex would not only go against his faith but would also cause great harm to his wife and children. Therefore, he wants counseling to help him live according to his biological sex.

This bill would in effect prohibit him from getting the help he wants in order to live out his faith and keep his family together.

However, the same husband and father could get counseling to change his behavior or gender expression if his therapeutic goal was to reject his biological sex. The bill clearly states that it does not prohibit “psychotherapies that . . . provide acceptance, support, and understanding of clients or the facilitation of clients’ coping, social support, and identity exploration and development.”

2.       Under the bill, any person who offers the prohibited services is under threat of lawsuits and punitive damages for its “false and deceptive practices.” (Cal. Civ. Code § 1780)

This explains why Colorado-based Summit Ministries cancelled an upcoming young adult conference in California for fear that the law could open them up to litigation if they promote a biblical view of sexual identity. For the full story click, here.

3.       The bill could chill the sale of books communicating a biblical sexual ethic.

Although the definition of “sexual orientation change efforts” does not expressly include the sale of books, the prohibition of these efforts is part of the Consumers Legal Remedies Act, which prohibits “deceptive acts or practices undertaken by any person in a transaction intended to result or that results in the sale or lease of goods or services.” (Cal. Civ. Code § 1770). These “goods” could be books.

David French provides a helpful analysis of this issue:

“Now, I don’t think California is going to sweep through Christian bookstores looking for books by Ryan Anderson or Rosaria Butterfield. That would be too much, even for them (though I would note that the statute would empower such an action.) It’s far more likely that the recommendation or sharing of certain kinds of Christian books and other written materials would be deemed evidence of fraud and would present a core part of the case against a minister or counselor.

In addition, the law would loom over booksellers and churches, establishing a chilling effect and providing a pretext for even more secular booksellers to refrain from stocking certain Christian titles — no matter how well-reasoned, well-researched, or well-argued.”

4.       A similar law using the same wording was passed last year in Pima County, showing a concerted strategy to ban speech not in line with the “sexual revolution.”

In August of last year, the Board of Supervisors of Pima County passed an ordinance (9.90 Sexual Orientation Change Efforts) that made it illegal for professional counselors to help minors with unwanted same-sex attraction or gender identity confusion. If counselors provide therapy for a fee, and attempt to change the minor’s behavior, gender expression, attraction and feelings toward persons of the same sex, they are subject to a civil penalty of up to $2,500 per violation.

California passed this same kind of law in 2012, when it became an act of unprofessional conduct for a mental health provider to engage in “sexual orientation change efforts” with a minor, even if the parent and minor want the therapy. (Cal. Bus. & Prof. Code § 865.2).

The strategy is clear: first, prevent minors from getting the help they want and then extend that prohibition to everyone else.

In its legal memo in opposition to the bill, Alliance Defending Freedom concludes that “AB 2943 is likely unconstitutional because it engages in viewpoint discrimination, is an impermissible content-based speech regulation, and impermissibly burdens free exercise of religion.”

The California Assembly approved the bill on April 19 and it has now been referred to Senate Judiciary Committee for consideration, though no hearing has been scheduled yet.

Regardless of where a person stands on the issues of sexual orientation and gender identity, we can agree that the government should not be in the business of suppressing unpopular speech and condemning legitimate therapeutic goals.

For more information and updates on AB 2943, follow the coverage from our friends at California Family Council.