If a ballot measure truly benefits the public, its details are not hidden and its effects on that public are clear.

As we continue our in-depth look into Prop 205, we find a number of deceptions and misleading claims in what proponents say, compared to what the legal document would actually do.

Yet another reason Arizona should reject Prop 205: Deception is key to passage. 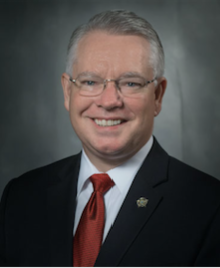 The first page of Prop 205 lists the “findings,” among them, these claims:

The statute here completely contradicts the claim listed in the “findings” and makes it nearly impossible to successfully prosecute someone for driving while impaired by marijuana.

The “findings” are what the authors want to convey to voters. But the truth is they hold little legal authority and most bills do not include “findings” unless the bill is complex and interpretation may be necessary. Rather, the proposed statutes themselves (excluding the “findings”) are what matter.

Money behind the initiative:

The Marijuana Policy Project out of Washington DC is largely funding the Prop 205 campaign and local marijuana dispensary owners. It is one of the top two marijuana legalization lobbying organizations (NORML is the other).

Focus On The Family is guiding 31 days of prayer starting tomorrow, October 1. Please consider joining us in praying for the elections and the future of our country and state.