The campaign to pass Prop 205 to legalize recreational marijuana is in full swing, twisting the facts, hiding the dirty details, and misleading Arizona voters.

Over the next several weeks, I am going to lay out the specifics of Prop 205 and I suspect you will be amazed. Most of all, I believe you will share my commitment to spread the word to Vote NO on Prop 205!

Second, Prop 205 will do nothing to “regulate marijuana like alcohol” as proponents claim.

The #1 reason to defeat Prop 205: It is dangerous for our children, teens, and everyone on the roads. 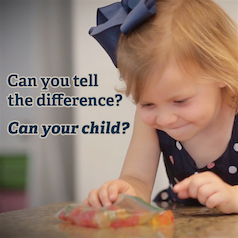 Watch this shocking video from the Today Show coverage of the problem with drug-laced candy.

If we want Arizona to continue to be the best place to live and raise a family, we must protect children and families from the dangerous consequences of recreational marijuana being available in all forms including lollipops and gummy bears.