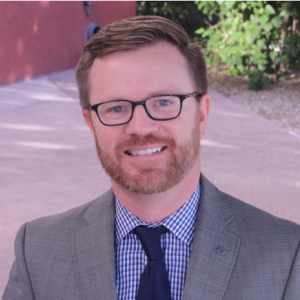 Michael Clark is Vice President of Policy and General Counsel for Center for Arizona Policy (CAP), a nonprofit advocacy group committed to promoting and defending the foundational values of life, marriage and family, and religious freedom. One hundred seventy-one (171) CAP-supported bills have been passed into law since CAP made its first appearance at the state Capitol in 1995.

Michael joined CAP in March 2017. As Vice President of Policy and General Counsel, he is responsible for providing legal support and input into the legislative and legal arenas.

Prior to joining CAP, Michael received his law degree from the Sandra Day O’Connor College of Law at Arizona State University, and clerked at the Arizona Supreme Court and the Arizona Court of Appeals. In addition to being admitted to practice law in Arizona, he is admitted in federal court for the District of Arizona.

Prior to entering the legal profession, Michael was Director of the School of Christian Studies and Assistant Professor of Cross-Cultural Ministry at Oklahoma Baptist University.  He received his Ph.D. in World Religions from the Southern Baptist Theological Seminary, his Master of Divinity from Golden Gate Baptist Theological Seminary (now Gateway Seminary), and his undergraduate degree from the University of Arizona.

In 2017, Michael co-authored the textbook, An Introduction to Christian Worldview: Pursuing God’s Perspective in a Pluralistic World (IVP Academic).